Not “standing” like it’s the same every week or a standing order. I literally knit the entire clog while standing because I strained my back yesterday and don’t like sitting, putting on pants, putting on socks, picking things up from the floor or bending in any way. So I knit, ate breakfast, read the paper and putzed around on the computer while standing. I love this felted clog pattern. They felt and shrink down to a cozy slipper clog.

While standing before the window all day, I got to observe the sky changing over Jay and sometimes clouds obscuring the mountain. Right now it’s almost obscured by the power lines but that’s why I strained my back and am standing in the first place.

Tim had a rehearsal so I had to make the trip to the farm share on my own today. There were big clouds in them there hills.

Something brewing on the way to the farm

There are a variety of hay storage systems: covered or uncovered, randomly strewn around the field, stacked in a pile or lined up like ducks in a row. Esthetically, I prefer the random, uncovered bales. 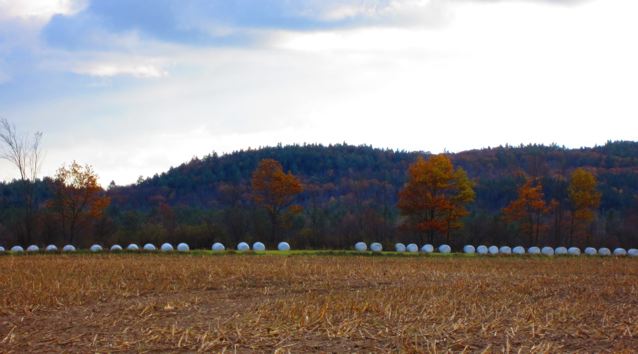 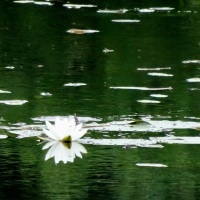