We had a problem with the Tide and the Whaler the other day.  We were supposed to meet a marine mechanic because it wasn’t starting easily.  After several clicks, Tim decided to pull start it.  We went to get the cord out of the cooler and the Tide detergent we had so smartly stored there had leaked and gotten into everything.  I mean into everything.  The tool kit was soaked. I tried to rinse off a wrench so it wouldn’t fly out of Tim’s hands when he used it.  Then I tried to rinse all the tools.  The owner’s manual was drenched.  I tipped the cooler to let the detergent drip out and the fire extinguisher went out with the Tide with a splash. No hope of recovery.  To make matters worse, the entire deck of the boat was covered in blue soap so it was slippery as anything.  And we were running late to our appointment with the marine mechanic to fix the motor because  it wouldn’t start.   Tim finally got a grip on the starter cord and got the engine started and we were on our merry way.  The whaler is a workhorse.  The other day we loaded it with lumber and building supplies. 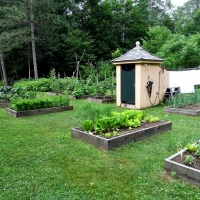 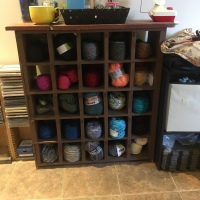