On an old halyard line and tied to our loft railing. And it worked. The line was lowered to loot the stockings then raised again out of our way. I may store the stockings on the line so they are ready for next year.

We celebrated early, so everyone could be together, and had a blast. Early, meant I had to finish projects by mid-December, and as a true procrastinator, things were down to the wire. I spent some late nights at the loom.

I finished weaving 6 towels (one for me) and never took pictures of them finished. Mine was a sampler and has all the different weave patterns. It’s also a little dirty because it is in use.

I made pin cushions for my quilting buddies with woven fabric I had saved.

The cloth is stretched over a little embroidery hoop, stuffed then glued on a base.

I ended up making three pairs of (to be) felted clogs.

We have a variation on a white elephant exchange with my hand made goodies. I wrap 8 hand made items and then people open and either keep or exchange them. The sock loop rugs were a hit. 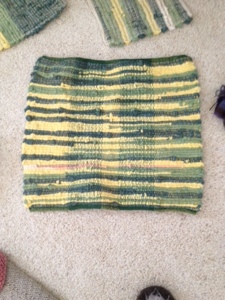 I crocheted a fox hat/cowl and made a little panda hat but never photographed it. 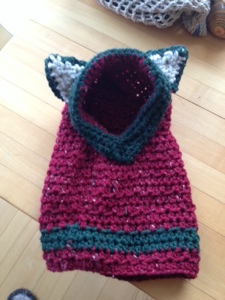 Somewhere along the way, I got a Passap single bed knitting machine and now all is lost. I can’t even knit a hat! 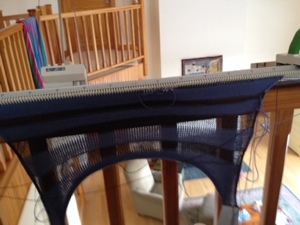 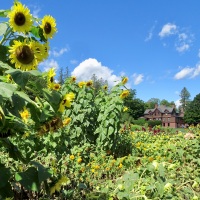