Our last day on the Milford Track was a bit of a slog.  We had a boat to catch, our longest walk, 11 miles, in the rain and met a local celebrity along the way.  Maybe. I thought he was a sweet old man on the track who I hadn’t slept with.  (I slept with our group of forty hikers for three nights).

He was very helpful and told us where we were most likely to slip on the wet rocks and fall off a cliff into the Arthur River.  Then he told us to stop because he was going to make a loud noise.

He pulled a ram’s horn out of his pack and blew into it.  The echo reverberated for nine seconds in the canyon.  He tod us he made the horns for the movie and helped rock climbers set up the cameras. Then he walked with me for about a mile.  Later, Tim pointed out  he wasn’t wearing any pants.  He did have gaiters on though.
. 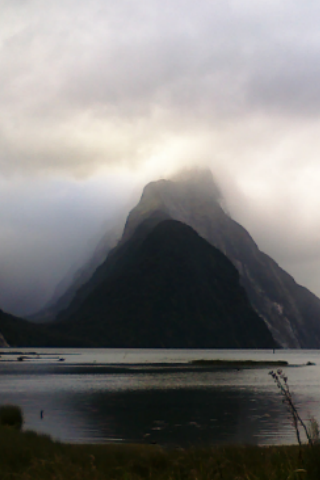 One thought on “Lord of the rings?” 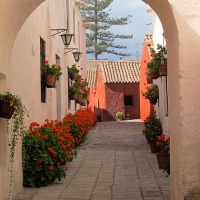