Yesterday was a nice day for a walk. The sky was clear and there were 48 knot winds. Luckily I had my handy new headband and off we went. At the lower left of the picture is the pier. On the right is the road around the hill and to the compound. Below is a picture of the old way. Straight down the hill to the pier was a “whim” or tram: Iron rails on the ground like a railway on which a cart was hauled up. The power came from two bullocks (I don’t think they used horses) who walked in a circle, which turned a gear, which turned a gear. 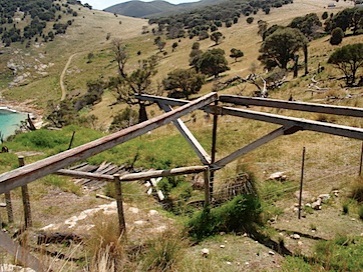 Behind the “engine” to the left are the remains of some of the track leading down to the cove.

A panoramic view of Dover Island to the left (south) and Erith Island to the right. Most of my photos from the compound are directed between the two islands where a swashway sometimes separates them. 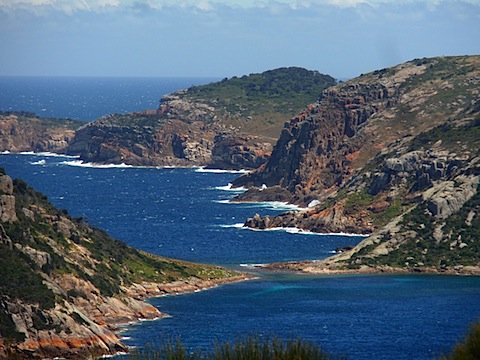 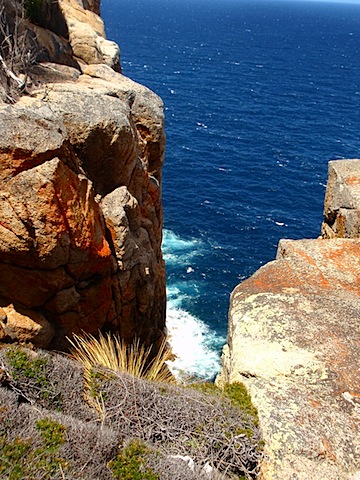 Another perspective of the Erith Island, from Barn Hill

This incredibly deep ravine on Barn Hill. I couldn’t go any closer to the edge to improve the perspective. 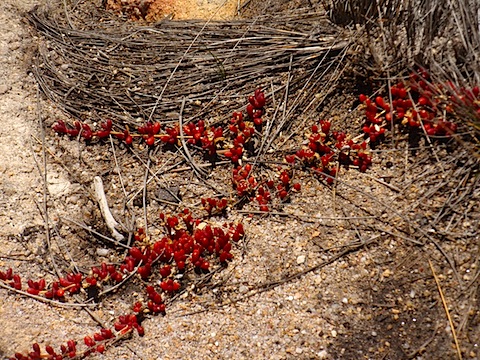 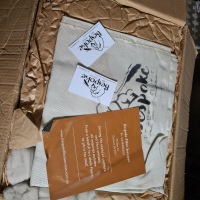 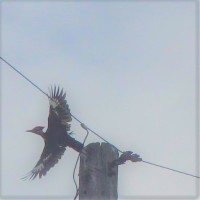 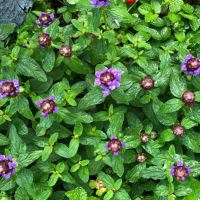 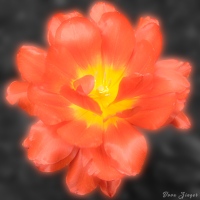