I am trying to get better shots of the wildlife. We walked down to the marina and were greeted by this eagle along the cliffs. 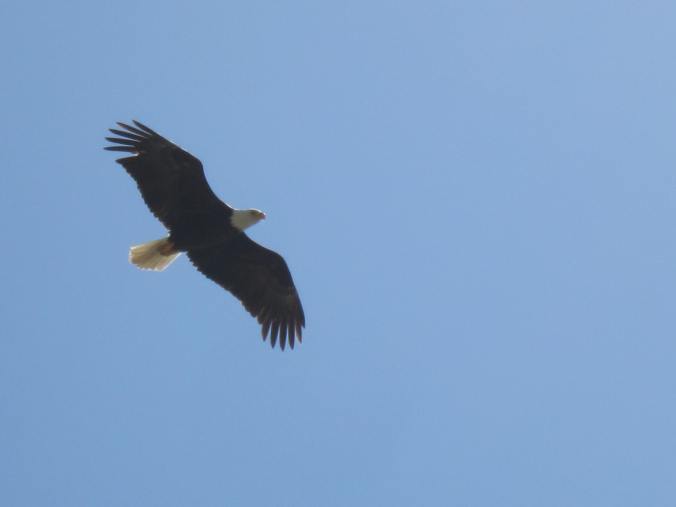 Harlequin ducks took off when we got to the dock. 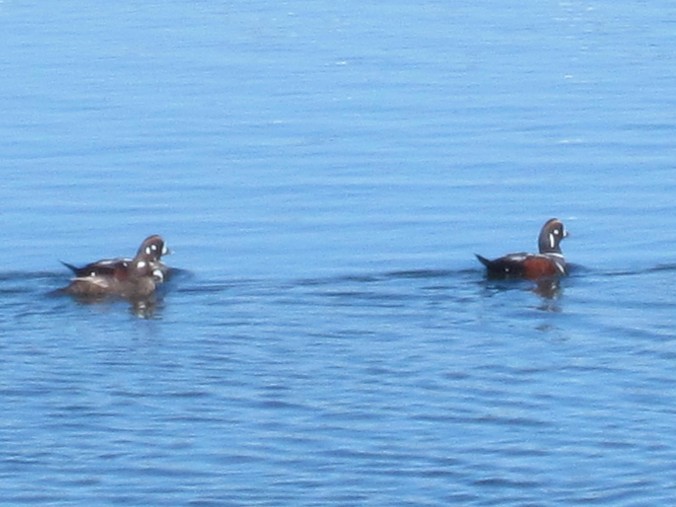 A lone loon has been hanging out in the harbor. We haven’t heard its call because it probably gets drowned out by all the squawking seagulls. 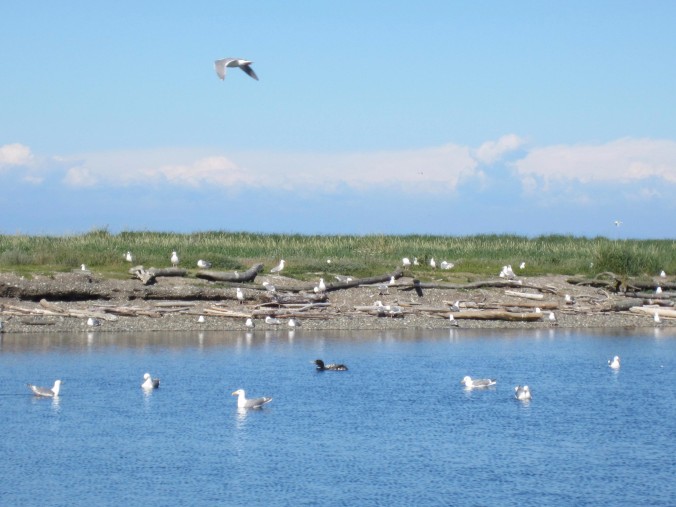 We’ve seen a couple of tufted puffins on the water. So cute. 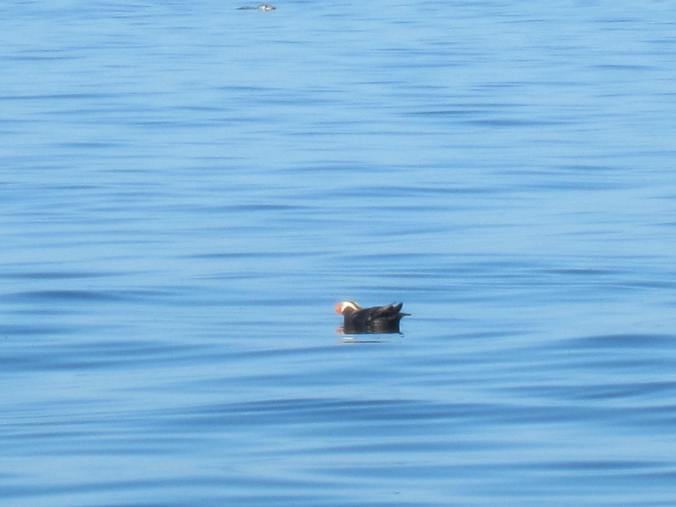 Next week this relic of a truck is going to leave the island along with the van on the hill that serves as a blind for the researchers. They think the van has just enough brake fluid to make it down the hill to the marina one last time. 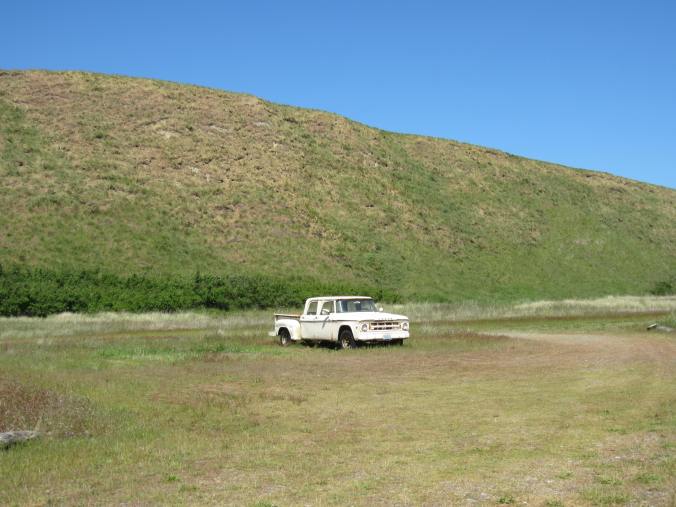 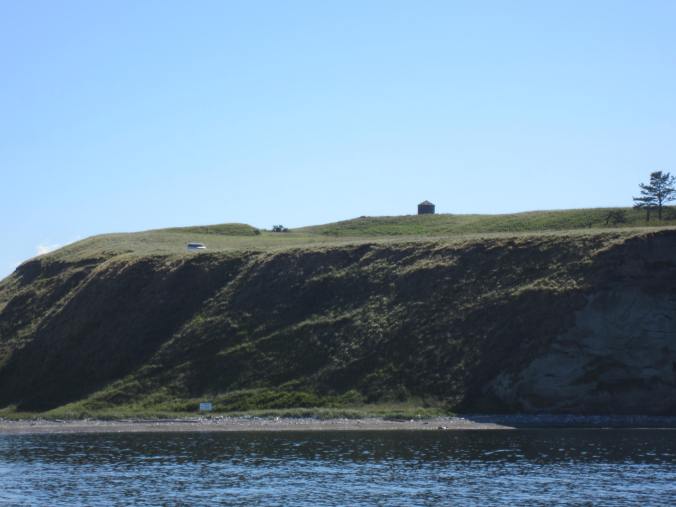 But here’s the real news. I wanted to be able to dock the boat in the slip before the end of the May. I used to be a sailboat snob. Sailors need to know about the wind, currents and of course the rules of the road.  I thought power boaters just had to turn a key and needed no real knowledge of seamanship. But it’s all about the takeoff and landing. Maneuvering in open water is a piece of cake. Docking, not so much.

Last week, I spent a couple of hours practicing docking in our little marina; no other boats, no observers. Today I tried, for the third time, to dock at the marina on the mainland (whose name I will withhold) in a tiny little slip with a narrow approach. The first time, I somehow ended up perpendicular to the dock and had to turn the helm over to Tim. I was disheartened. That prompted me to invest in an online course on docking a single engine outboard. It seems I had it easy with a sailboat. We had a keel, a big rudder and an inboard engine. Make a turn and that’s the way the boat tracks. Powerboats slip sideways along the water and are not as straight forward. And of course neither have brakes.

I would dream about my approach to the slip when I slept. The second time, I allotted myself two tries. I missed the slip both times, but in a more controlled fashion. Today I was ready to give it two tries again. But I did it smoothly the first try!  I let out a whoop as Tim tied us to the dock. Well it must have been heard by our slip neighbor a few boats away because when I took the boat out later in the day, he and a friend applauded my seamanship! I have to remember everyone had to learn sometime.

I’m used to a friendly cat greeting my on my return home.  Here on Protection Island, it’s all about the birds.  The first time we pulled into the little harbor was magical.  There are always large numbers of pigeon guillemots, harlequin ducks, a few oystercatchers, a couple of eagles and thousands of seagulls.  Seals have landed on the island and the surrounding sandspits.  I don’t think they are elephant seals but they sure do make a huge pile. 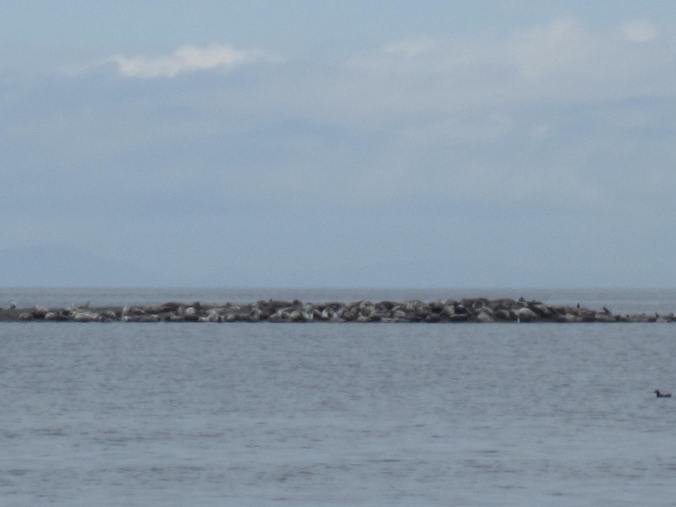 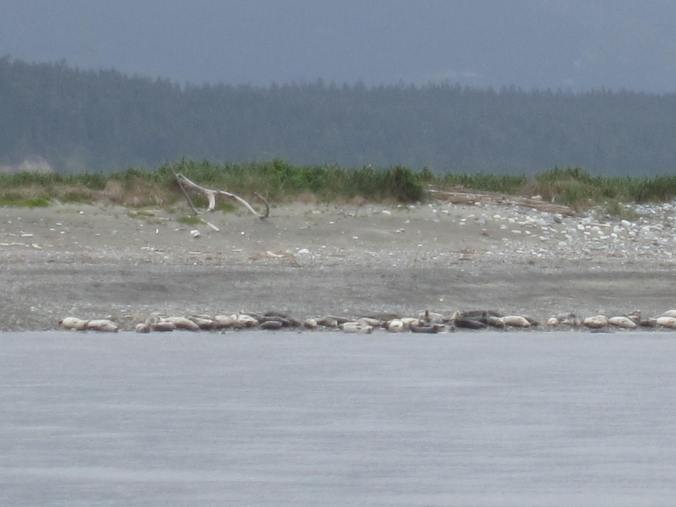 This guy was watching us when we left today. 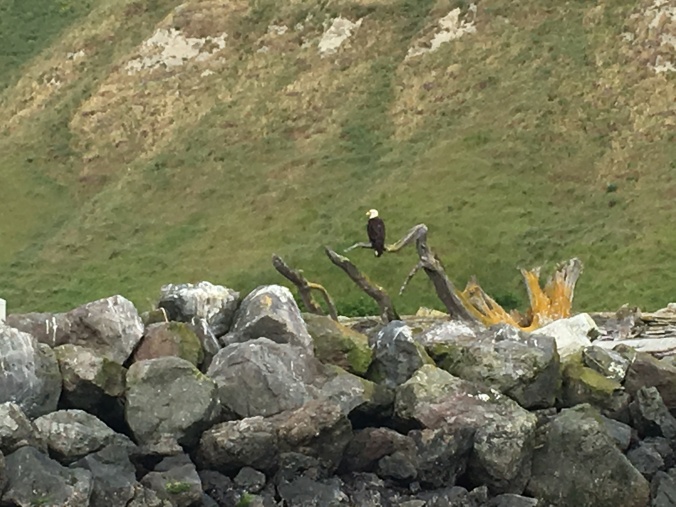 We went ashore to swim and shop and I decided to relax in a little sunshine when we returned home.  As I sat and wove outside, two black tailed deer gingerly approached me, but approach they did until the seagulls’ squawking drove them away. 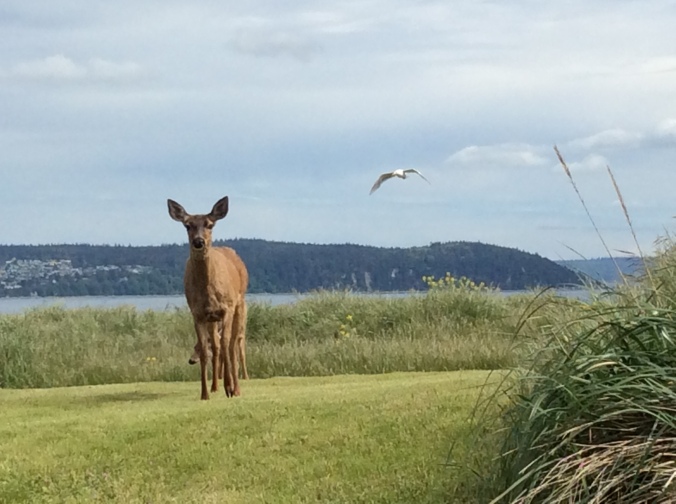 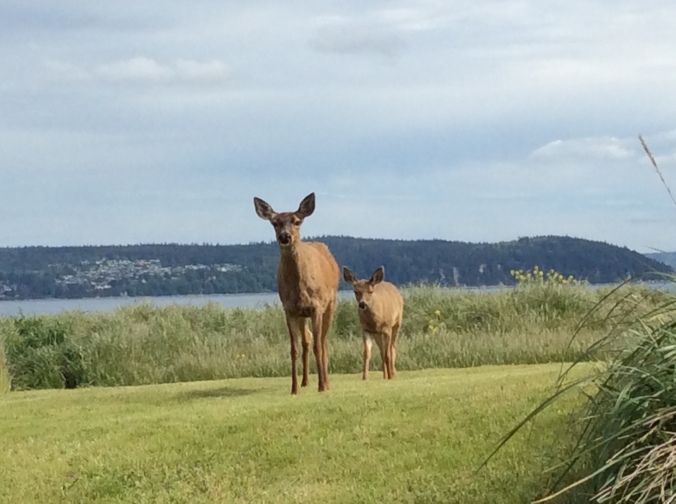 We’re the intruders here after all.

What a difference a little sunshine makes after a few days of rain and clouds. Last night’s colors were bright and dark at the same time. We even had a rainbow spout. And we were reminded there are snow covered mountains on the Olympic  Peninsula. 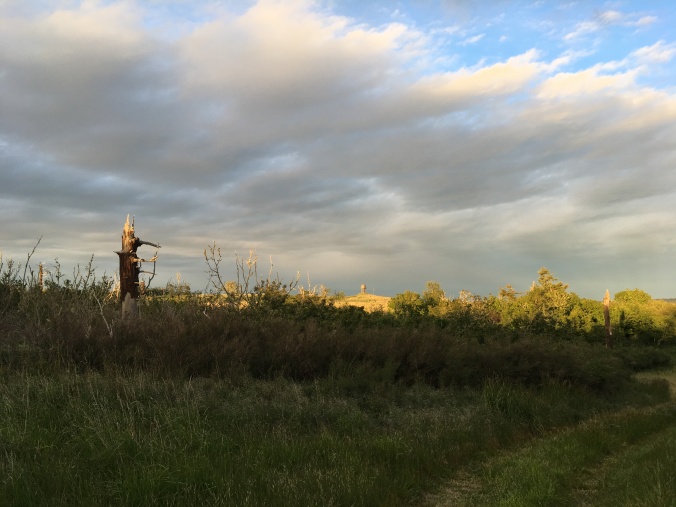 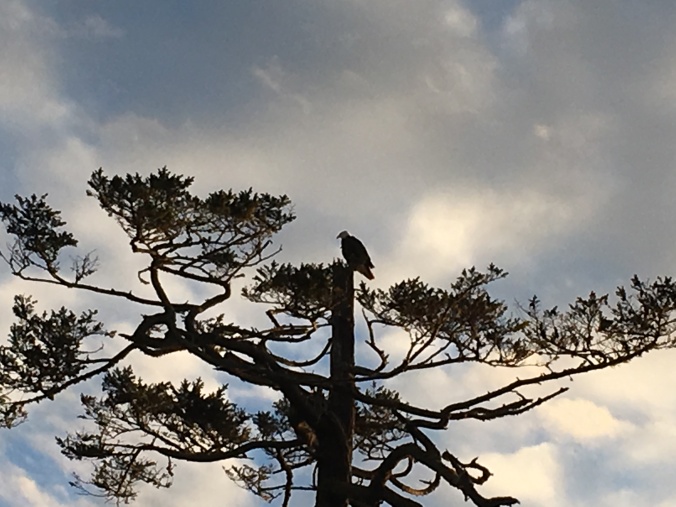 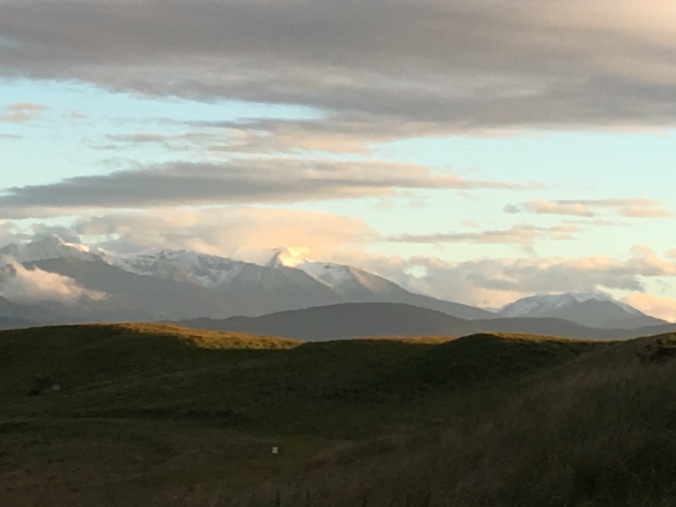 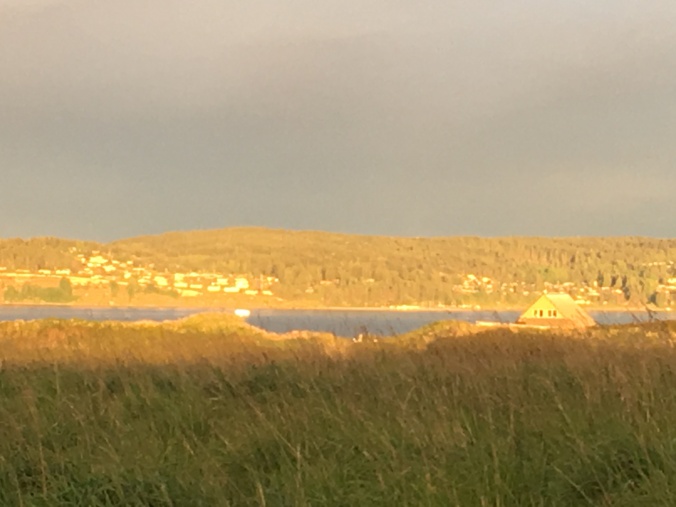 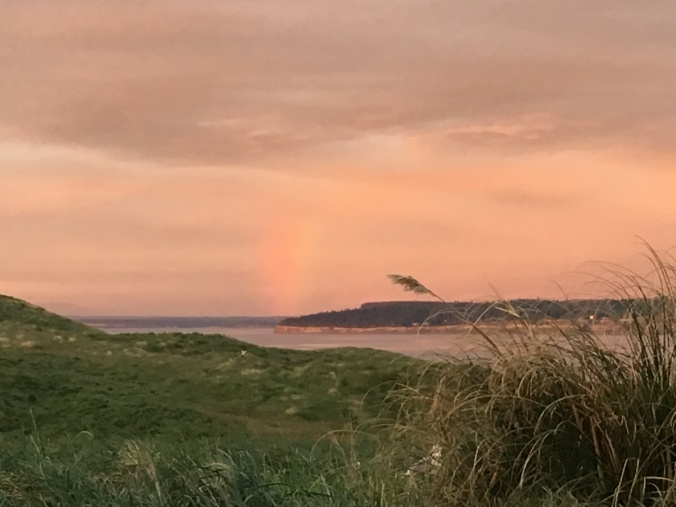 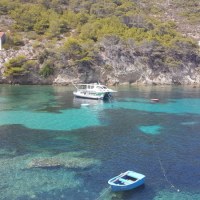 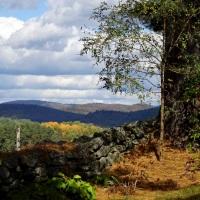 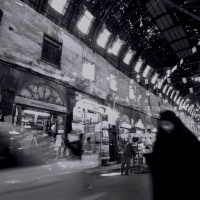 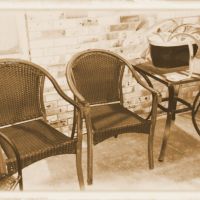 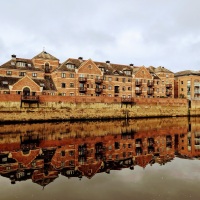