We have some daily chores to perform before 9:00 am. We call them the numbers. First we raise the flag. I’ve repaired two now. This one was missing a grommet so I found a washer in the workshop and sewed it on with the handy sewing machine that is a new addition to the equipment.

Then we check on our solar array and battery status. There’s a beautiful ginormous group of solar panels that soak up more sun and create more power than we can possibly use. 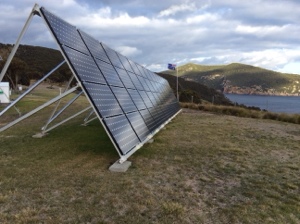 We check how clean they are and then see how much energy they collected the day before. We also note how much power we used, the oil heater really drives it up, and the battery status and whether the generator had to kick in. It never does so we run it once a month. 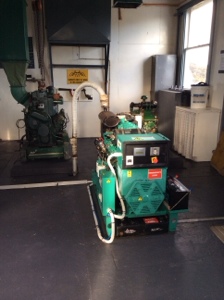 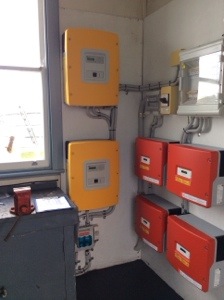 The next data is the rainfall. We are required to report it daily to the Bureau of Meteorology. It drips into a beaker from a cone, we check the level and then fax that data and record it in a journal and several data sheets. 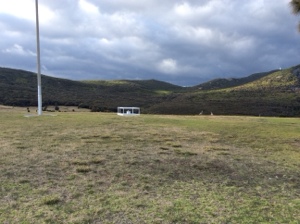 On sunny days we open and air the lighthouse, no easy feat since it is a hike away; the second house; and the schoolroom. We also keep track of visitors and their boats. We’ve been contacted in the past when someone has not made it to port as expected. Despite our remote location, we’ve had over 100 visitors in 3 weeks with more to come.

There’s a veterans’ group, Mates4mates, who have been waiting for a decent weather window for a week, to kayak from Flinders Island to Deal Island. They called last night and said they will be here today. I think it may be part of a celebration for the 100 year anniversary of Anzac Day. April 25 is the day veteran’s are remembered each year and, in 1915, was the day Australian and New Zealand armies landed at Gallipoli. As a new nation, it was their first military engagement and nearly 8,000 soldiers died during the drawn out occupation.

Beyond that, I heard on the radio that two boats arrived last night at Winter Cove, which is fairly remote from the compound. I am not sure if we will see them or not. Two new kayakers stopped by last night, one from near Toronto(!), and plan to head out this morning. The catamaran from Port Albert is collecting their group of 12 walkers and heading out this morning. It looks like a lovely day. 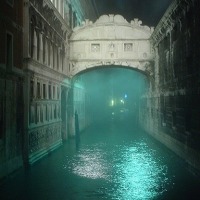 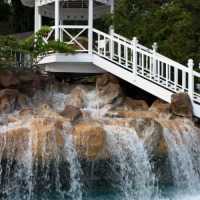