Parents always keep a watchful eye on their offspring. Even when the young appear to be independent and off on their own, there is a noisy set of eyes about. It is still not enough though. We have seen broken eggs and dead chicks right around the cabin. It’s a bird eat bird world here on Protection Island. 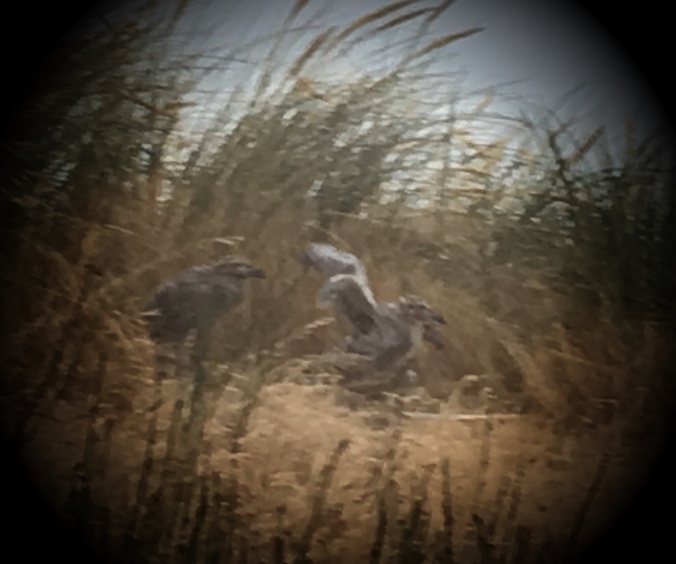 The smallest try to stretch their wings.

Seal pups stick close to their mothers. We’ll be out on the boat today and may get better photos but here’s one from the dock. 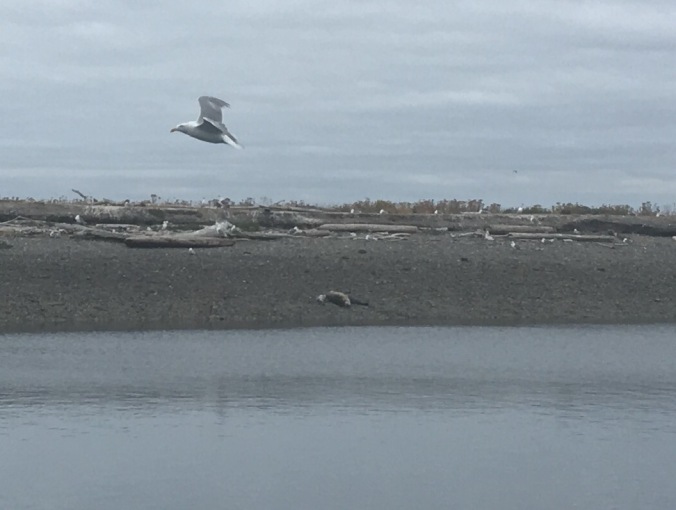 The mule deer and the eagles, especially, keep a sharp lookout.

Here’s the ruckuss an eagle stirs up when it flies into the seagull colony.

Tim tried to reduce the noise around the house by making one lookout less popular. Notice he’s in full protective gear. 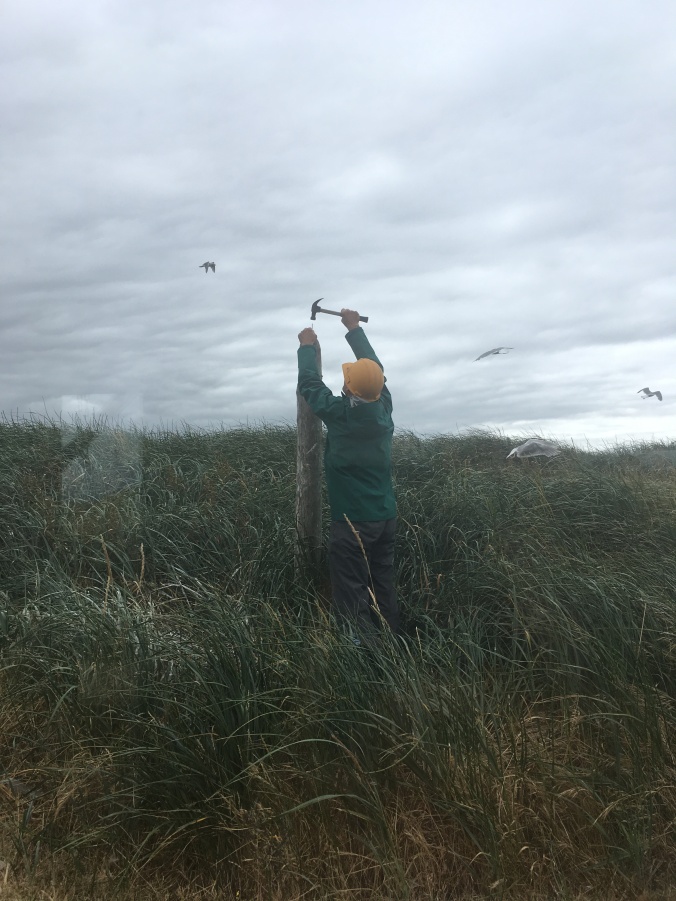 Then three small planes flew around in formation making their own buzzing and stalling noise. 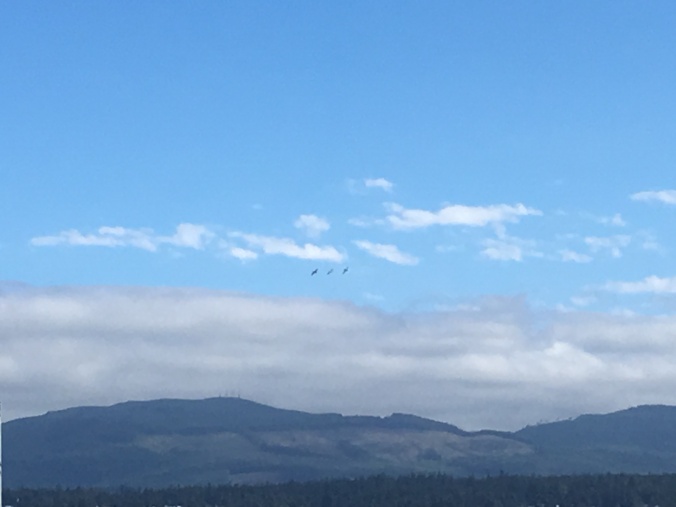 As Roseanne Anna Danna used to say, “It’s always something”.

My latest diversion is telling Siri, “I see a little silhouette of a man”. If you were a fan of Queen, tell her and see what she has to say about it.