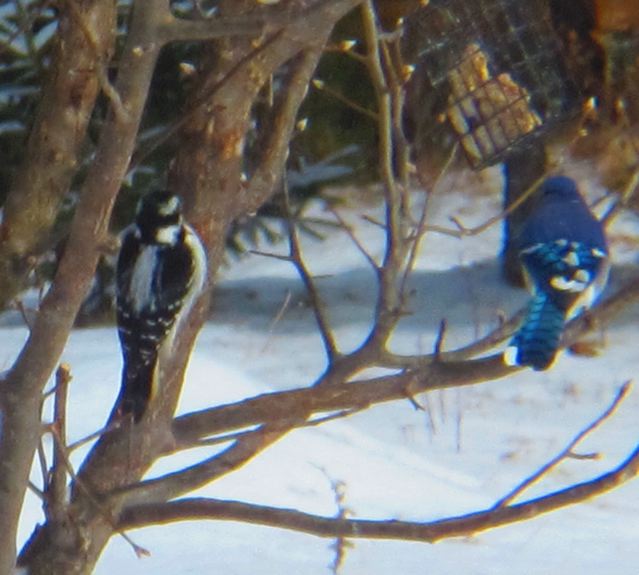 Blue jays and a female hairy woodpecker ate like birds at our feeders today. The blue jays are especially crafty. One pecks from above and makes a mess while another cleans up below. A pair of chickadees were flitting around and we only saw the tail end of a new arrival with a white belly and long tail. ID to follow if we ever see its head. It was hidden behind one of the feeders and ate for about 5 minutes. Even though we awoke to snow this morning, spring is definitely in the air. Just to prove it, we lose an hour of sleep tonight. It was too cloudy last night to see the Aurora Borealis but maybe today? I’m forever hopeful.

Below is a recent weaving disaster. I had problems when I “dressed” the loom. So bad and the weaving was so unpleasant that I employed a desperate measure. Rather than waiting to weave the whole mess off the loom, I “undressed” it. What would have been four placemats became a mat for under one of the cat bowls. 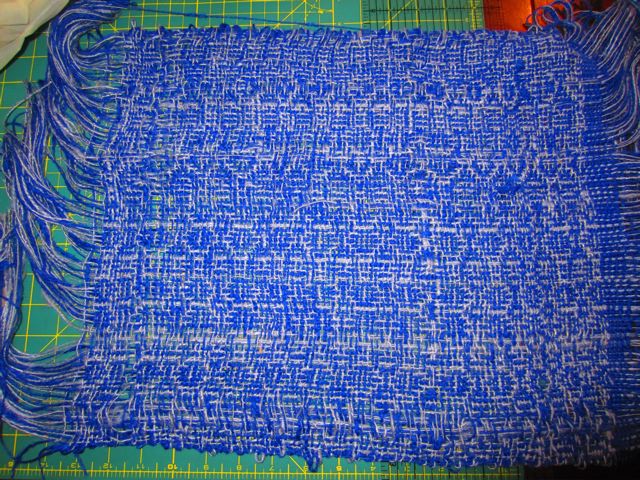 In better progress is the Na Craga sweater for my son. He asked me to lengthen it so I frogged back the neck and shoulder decreases and lengthened the front and back. Now the front will become the back because there is a minor flaw in what would have been the front. I’m sure only I will see it, but it’s all I will see. Not even a flaw, just one stitch which looks looser and may block out. But just in case. 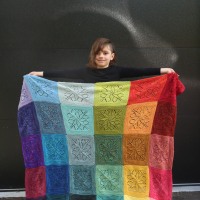 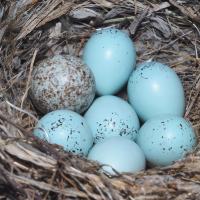