I am obsessed with many things, all habit forming, but with good intentions. My latest kick is geomagnetic storms and the number of near asteroid collisions every day as reported on Spaceweather.com. For instance, “On December 2, 2011 there were 1272 potentially hazardous asteroids”! There was a 40% chance we could see the aurora borealis earlier this week but no luck. But I guess that’s OK since we didn’t get annihilated by an asteroid either. So I photograph clouds instead. 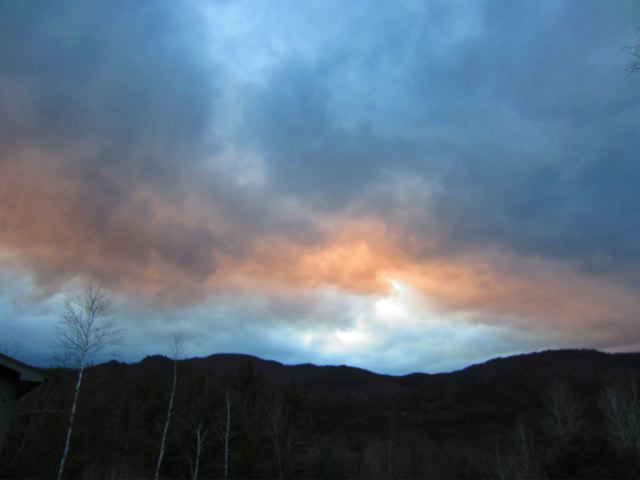 I’ve reassembled my new loom and started my first project yesterday. Through the kindness of a weaving friend, I was gifted an essential tool and some lovely yarn. I’ve decided to use my world as a warping board, where the yarn is stretched out in preparation of putting it on the loom. We have a long railing upstairs so with 2 C-clamps and pegs, I organized enough yarn for 2 scarves. Plus I am counting the process as exercise since I had to walk the 10 yards from one peg to the other.

My world is a warping board

As with religion, the cross is a holy symbol in weaving. It’s how one keeps the yarn from getting all twisted around itself. This ingenious peg board made it “too easy”. Note the cross formed between the middle pegs. 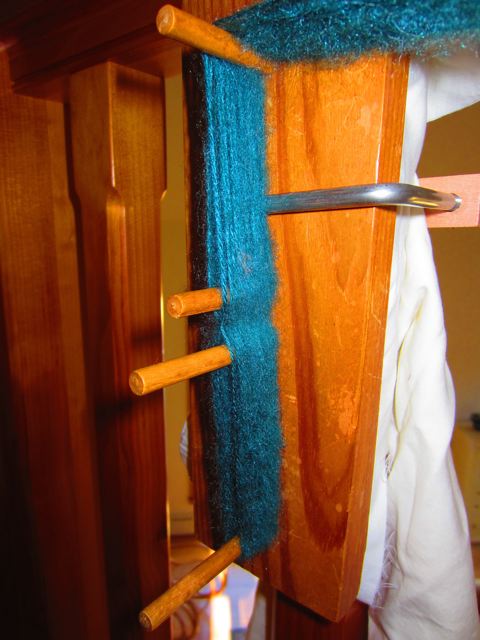 And after a mere 3 hours, here it is, my first project, 2-3 inches complete. Easy peasy, just put the yarn on the loom, try to prevent it from becoming a tangled curly mess, put it through the right heddles and dents, tie it onto two beams, and tie up the treadles. I even learned how to repair broken warp threads and why the method I used is not the best way to warp “sticky” yarn.

Now that the days are getting shorter, I have more of a chance of catching the sunrise colors. We don’t actually see the sun rise because it’s behind a mountain but we get the indirect effect.

2 thoughts on “I am a woman obsessed” 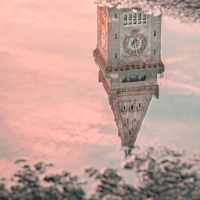 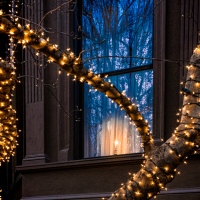