My DH and I are living the dream. We spent the summer of 2008 as caretakers for the Seguin Island Lighthouse off the coast of Maine. Winter 2008, we lived on Fire Island off season, when almost no one else was there, and had to walk or ride bikes 2 miles each way to get to our car. The summers of 2009 and 2010, we were the first caretakers at Bakers Island lighthouse, near Salem, MA. September 2010, we returned to Seguin as the first fall caretakers and have returned each fall since then to help close up.

In winter 2010, we headed off to Deal Island, Tasmania, Australia! We were dropped off and left alone on an island 60 miles offshore and picked up three months later – and it was fabulous. Summer of 2013 found us at Five Finger Lighthouse in Alaska and March 2015, we returned to Deal Island for another three month stint. We spent the summer of 2017 taking care of a US Fish and Wildlife Refuge, Protection Island,  in the Strait of Juan de Fuca. We’ll spend the down under autumn (March-May) 2019 back on lovely Deal Island.

Six island homes around the world,  I never would have imagined it. In between our island sojourns, we cruised the northeast on our 32 foot catamaran, Water Lily. Now we call the mountains of the Adirondacks home but my DH is always scouring the internet for new caretaking opportunities.  I am a proud mother of 2 + 2; Oma to 4, a part time gynecologist, acupuncturist, avid knitter, spinster, weaver, quilter, and photographer. You’ll find me on Ravelry where I am known as One2KnitFar. I write about my travel adventures and fiber projects on this site. 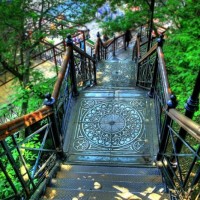 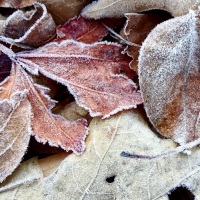