Well I’ve done it – made a silk purse from a sow’s ear- and I’m delighted with it. Years ago, when we lived on Fire Island during the winter, I found an already broken down boat bag on the beach, buried in the sand. It’s small, has lots of pockets and has served me well over the years but is slowly disintegrating. The straps were frayed and there was a hole in it. So I decided to dress it up.

I wove two bands using pebble weave with a backstrap loom. There’s a clear progression from one strap to the next as I improved my technique. It’s all about the tension. Now I can even draft my own patterns.

I even used my little 2″ pin loom to weave a square of fabric with the same cotton in the weaving to patch a hole.

OK that was over the top but it makes me smile. Now this bag will remind me of my time weaving on the porch, looking out over the water with gulls flying overhead, and make me smile.

Then I got into some marlinspike seamanship. Except I used a pencil instead of a marlinspike. We needed to replace a fender on the boat. They are used to reduce the impact when the captain doesn’t dock as well as, ahem, (s)he would have liked and as a result the fender “popped”, or sacrificed itself for the boat. No harm done, except for my bruised ego. I found another fender on the boat and wove an eye splice into a line to permanently attach it. 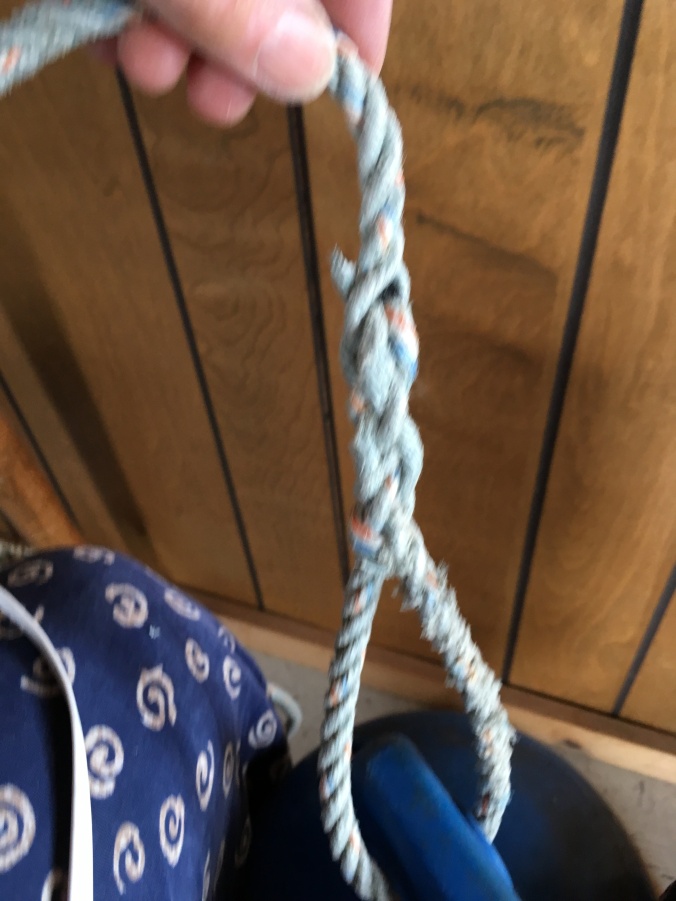 I use the app, Grog’s Knots, for boating knots and mats. Another outlet for weaving using ropes as the substrate.

My favorite birds to date are the Pigeon Guillemots. Just look at these two with their red legs. They are not at all graceful and land on the water or land with a distinct plop. But so cute. 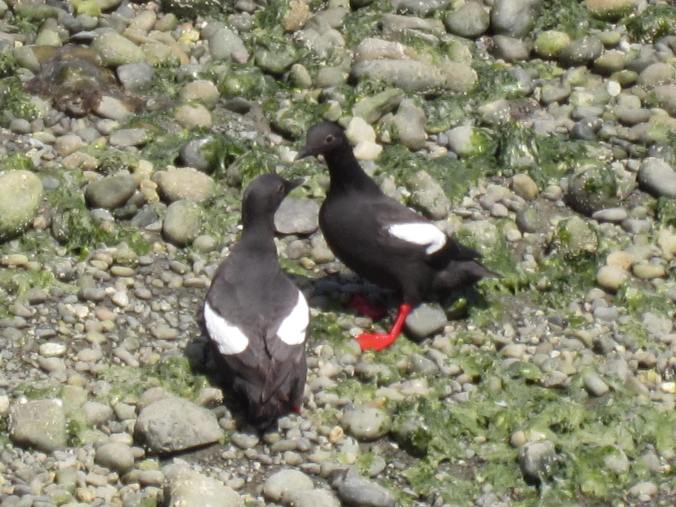 The Northern Harriers are not my favorite because I think they have it out for me. They fly overhead, chirp and buzz me.  They must have a nest near the cabin. Of course as I write this, an eagle just dove into the seagull colony causing them all, hundreds, to circle in a tizzy, so I shouldn’t feel too bad. 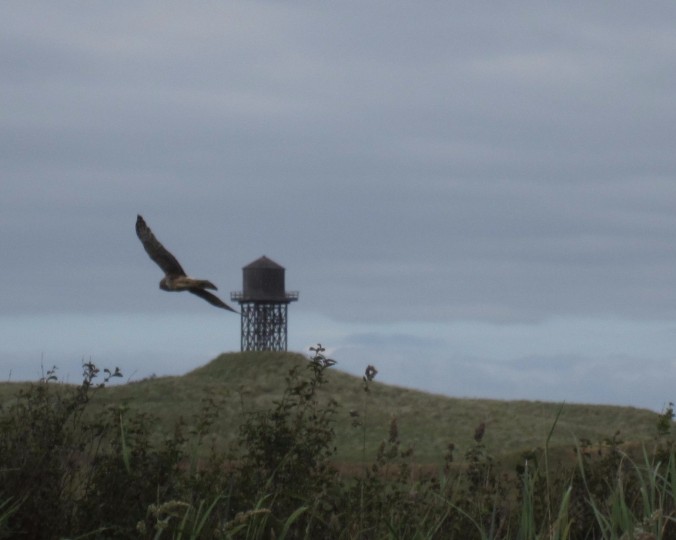 It flies so close to me I should get good photos, although I may have a hardhat in my future.

I haven’t seen the great horned owls yet but they leave us presents most days. They feast on Rhinoceros auklets then leave the the heads and cleaned bones on our wood chopping stump. You can see why it’s called Rhinoceros.

I used a different block to chop this kindling.

We find evidence all over the island of birds eating birds with scattered feathers and remains.  Earlier on, we saw some broken eggs but haven’t seen that recently.

As Tim likes to say, “It’s a jungle out there”. 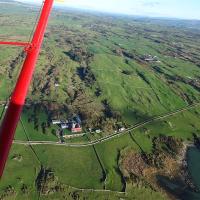 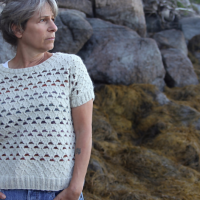