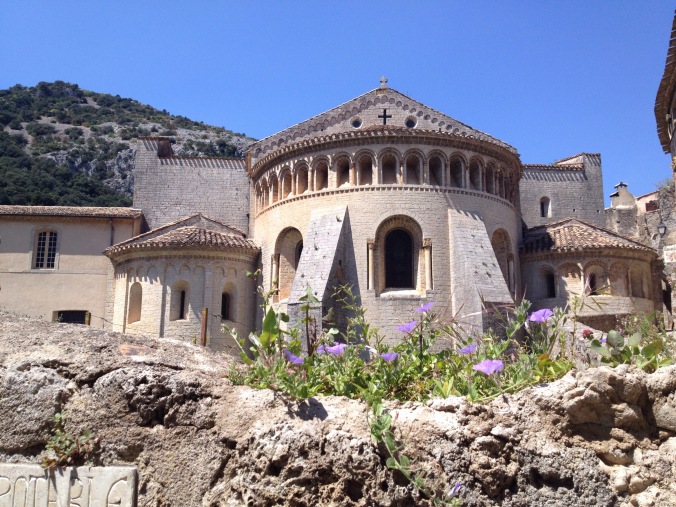 I’ve had an inkling that I would like to make a pilgramage to Compestello along “the way”.  It turns out we are staying in a town along  one of the paths, specifically GR653.  So we walked 4.7 miles to the next town, St. Guilhem le Desert, along the route today. It was spectacular and moving. We walked from one Abbey to the next on a path that has been followed for perhaps a thousand years.

We lacked the accoutrements of a pilgram: no staff or scallop shell.

Instead I had a camera.  We crossed a beautiful bridge built in the year 800 AD.  Unfortunately, a good part of the walk was along a busy road but a path came and went along the river L’Herault. 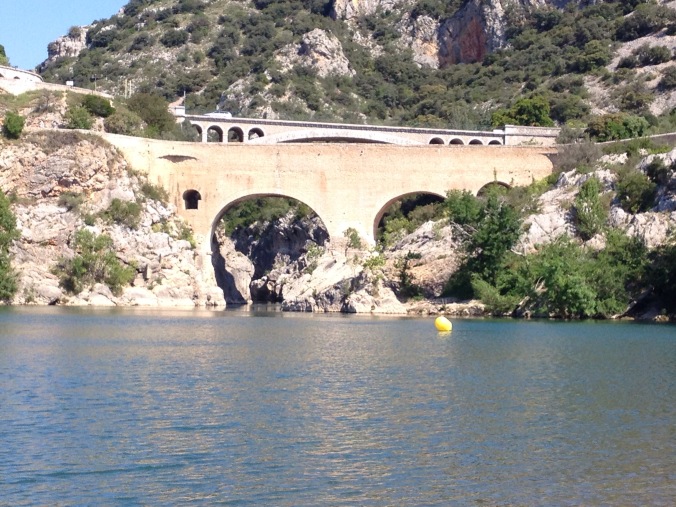 Once in the village, we spotted a side path and began along it. It looked like it might take us to the top of a mountain where we saw the ruins of a fortress or wall and away we went. It was a well graded cobblestone path for most of the way until it wasn’t. 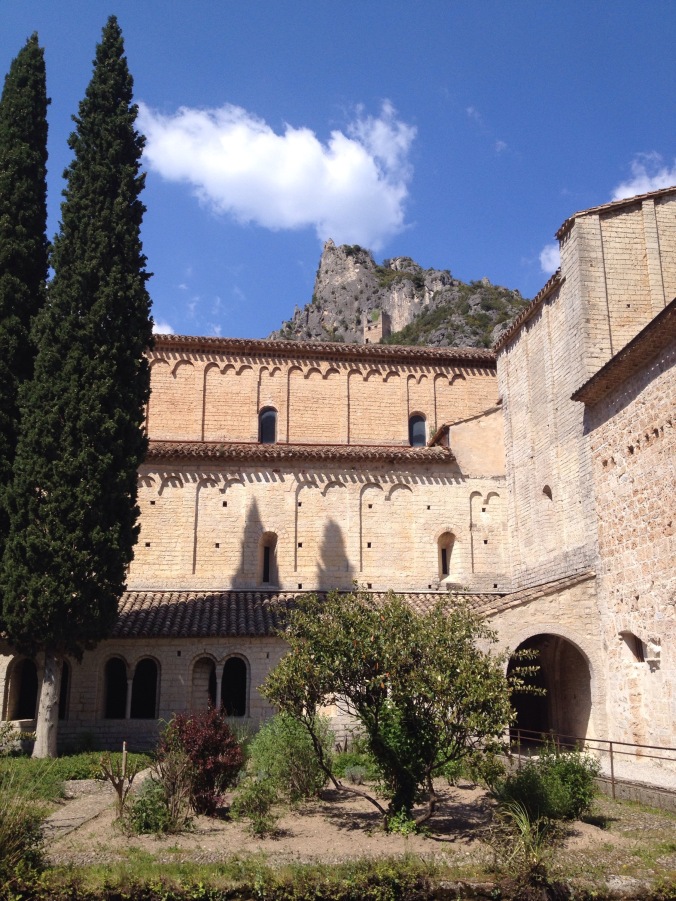 That’s our destination at the top of the mountain.

I almost chickened out before the last ascent until I found a path I could handle.

We enjoyed the windy views, then had a beer and coffee in the village square. We decided to take a 10 minute bus back to our apartment. Much easier.

2 thoughts on “Walk the walk”